It all started as a silly idea on a late night that turned to existence as more thoughts were brought in, which gradually turned into a thing. Something that we will be discussing our daily activities in and interesting events that occur, as well as our interests.

It was around four in the morning, the 3rd. That I decided to go for a journey to the toilet after spending the whole night browsing the web.

To my surprise, I found a cute little creature in the corner under the sink, and it just made my night (the day if you want to). I kept observing it as I was doing my thing, and it just didn't move!

I figured that I had to move it outside to our backyard, so I got up and washed up (I'm a clean person) went to the kitchen and grabbed an old washed up cup of icecream, then went back to the bathroom. Trying to slowly put it on it, which was easy, the little lizard was just so calm. I took bunch of picture which I will insert one under here ! and just starred at it for a good 15mins. 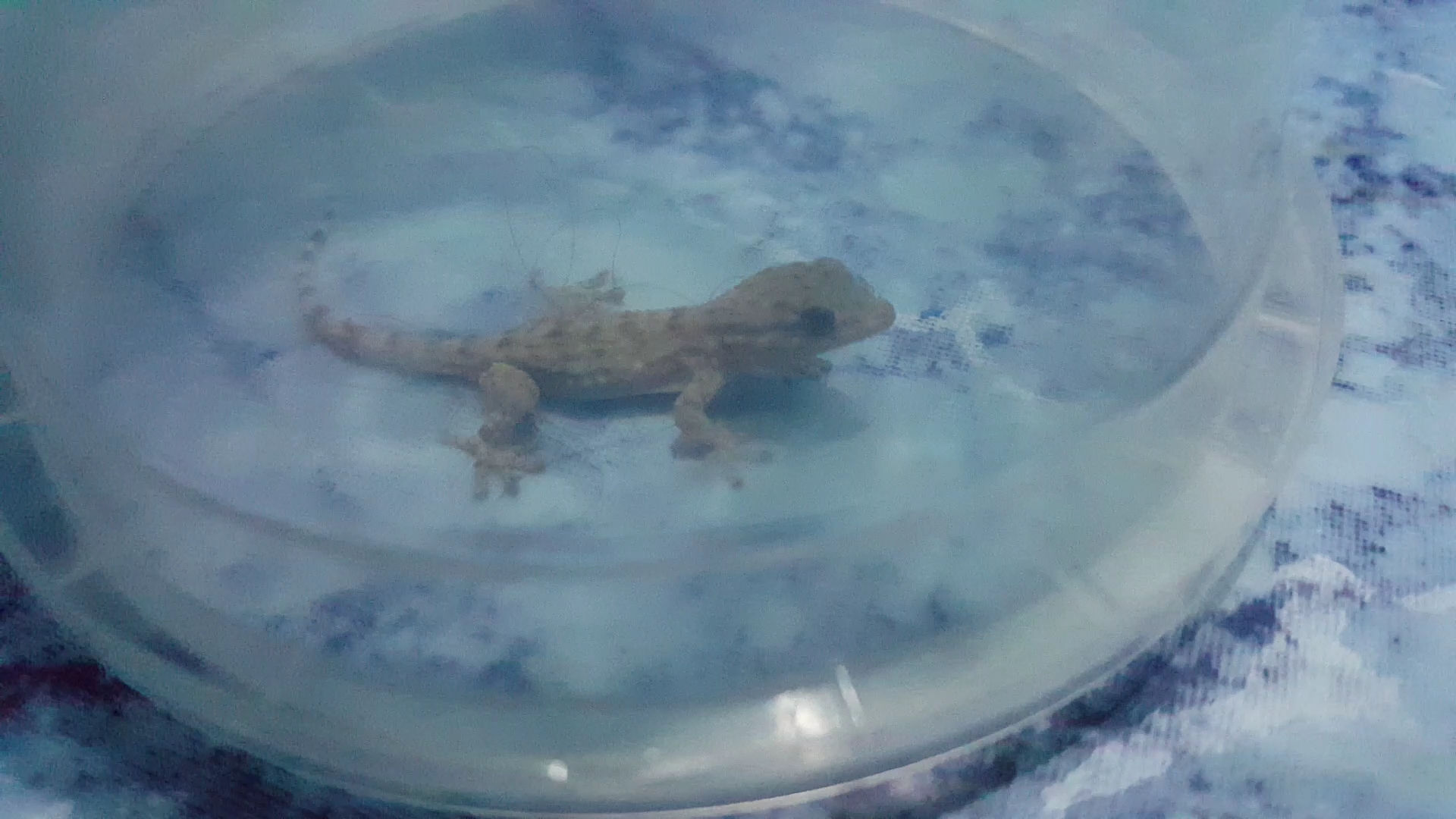 Sad that I had to take it out, but it was the best thing to do. Out to the nature!